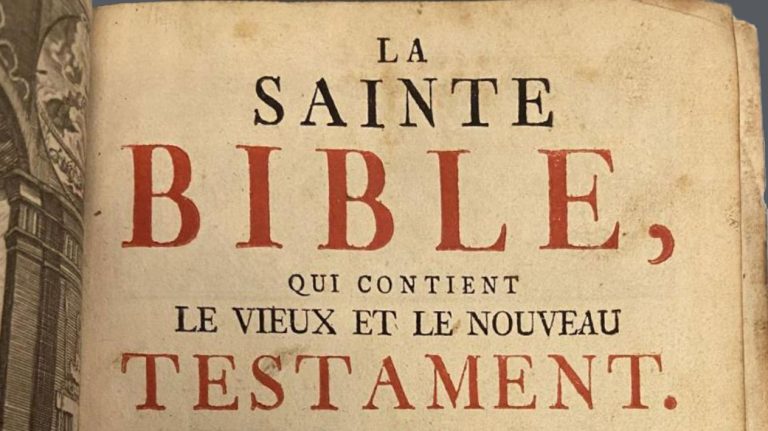 To the Huguenots their religion and religious practices were of great importance. It was because they could not freely practice their religion that thousands of them fled their country.

For a period of 150 years there was only one congregation and church building in the Drakenstein valley. The first church was situated near the present Simondium and was used until 1717. Then a larger church was erected in Paarl and remained in use from 2nd June, 1720 until 25th/28th April, 1805 when the Strooidakkerk (Thatched Roof Church) was completed. Wellington seceded on the 19th June, 1840 followed by Franschhoek on 21st February, 1845 being the 28th congregation of the Dutch Reformed Church in the Cape Colony.

The total community of Franschhoek found it very difficult to attend church services in Paarl. There was a dire need for both a church and a school and in 1833 a chapel was built to fulfil both needs. It was a primitive building without benches or a ceiling and it is not clear to us how the original seating was organised. Men and women sat on opposite sides of the aisle with whites at the front and coloureds at the back.

After the church was built and taken into use in 1847 the chapel became a school and was used as such until August 1899 when a new school building was inaugurated. Afterwards it was used as the first library in the village until 1962 when it was demolished.

The church council made application to the government on 7th June, 1845 for the acquisition of 2 acres of the outspan to be used for the building of a church. Their request for the ground was granted but not that of financial aid.

The building was to be 84 feet in length, 36 feet in width, and 17 feet in height. Collection lists were sent all over the country to assist with the fund-raising, and in 1846 the Neo-Gothic type building was erected by Joseph James Turpin. The foundation was of stone while the walls were built of kiln-bricks, and the gable is copied from the Episcopal Church in Harrington Street, Cape Town. The turrets, peak-arched windows and doors, and lobate-ornamentation was, at the time, a very popular style for church buildings. Initially it was a rectangular building without wings. It was dedicated on Sunday 18th April, 1847 by the Rev G W A van der Lingen of Paarl.

The church building soon proved too small, and on 13th September, 1875, plans to enlarge it were discussed by the council. Two wings, one on the north and one on the south side were built on in 1882 and the thatched roof was replaced with corrugated iron. The work was completed on 3rd August, 1883 and gave the church its present-day shape of a Greek cross. When it was restored in 1968, thatch once more replaced the corrugated iron roof.

On 24th November, 1972 the building, bell-tower, ring-wall and all the ground contained therein was declared a National Monument.