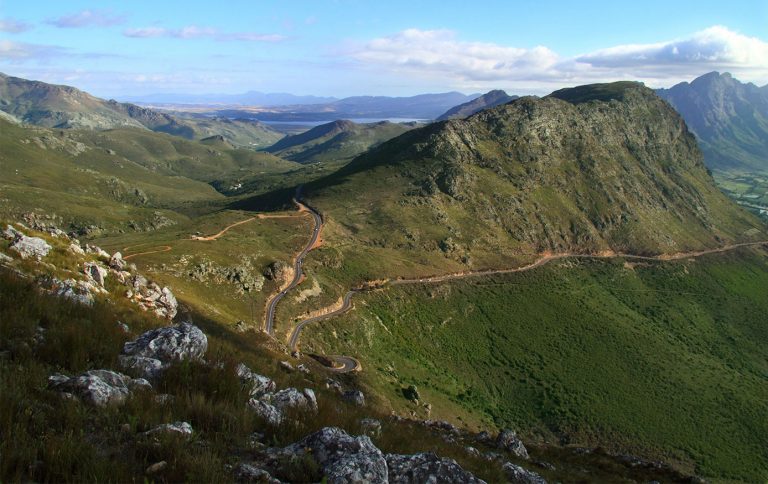 The earliest track used by travelers when crossing the mountain was made by elephants who came to the valley to raise their calves. It was, however, very rough and practically impassable for wagons.

Governor Simon van der Stel was of the opinion that a gang of slaves could make a road, negotiable by wagons within a period of three months. It was actually 125 years later (ca 1819) that S J Cats made the attempt and completed a reasonably passable road. The land surveyor was W F Herzog and the road became known as “Cats se Pad”. The way was narrow and heavily-laden wagons found it difficult to negotiate.

Cats se Pad was in use until 1825 when Lord Charles Somerset used 150 soldiers of the Royal Africa Corps in transit to Sierra Leone, to build a new road. The biggest change occurred at Jan Joubertsgat (so called because Jan Joubert died there) where a stone bridge was built over the ford. Today this is the oldest bridge in the country still in use.

The road built by the soldiers was in use until 1933 when the present Pass was completed. This was further modified in 1960 and also tarred.