Flight to the Cape 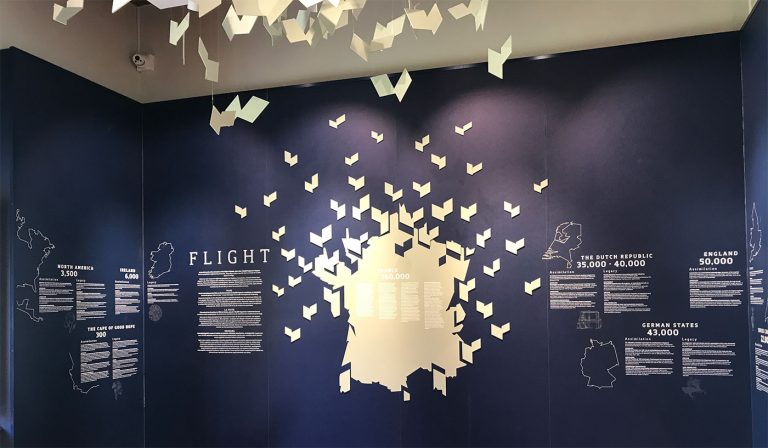 In the aftermath of the revocation of the Edict of Nantes, more than 160,000 Huguenots fled from France to sympathetic neighbouring territories. They either made a new life there or moved on to other places of refuge. Three hundred and fifty of them made their way to the Cape of Good Hope, via the Netherlands. The main stream of Huguenot settlers arrived here in 1688 and 1699.

Since the sailing vessels bringing Huguenots to the Cape were mainly designed to carry cargo and little provision was made for passengers, one cannot help wondering how the passengers survived the 2 to 4 month voyage to reach the Cape, also keeping in mind that they were allowed only the minimum luggage.

Questions and thoughts that arise

We will never really know what they felt and thought, but we do know that their religion sustained them and that God cared for, and protected them through all dangers and difficulties.

When the Huguenots arrived at the Cape, they were not initially named Huguenot. Early documents and travel books mention them as French refugees.